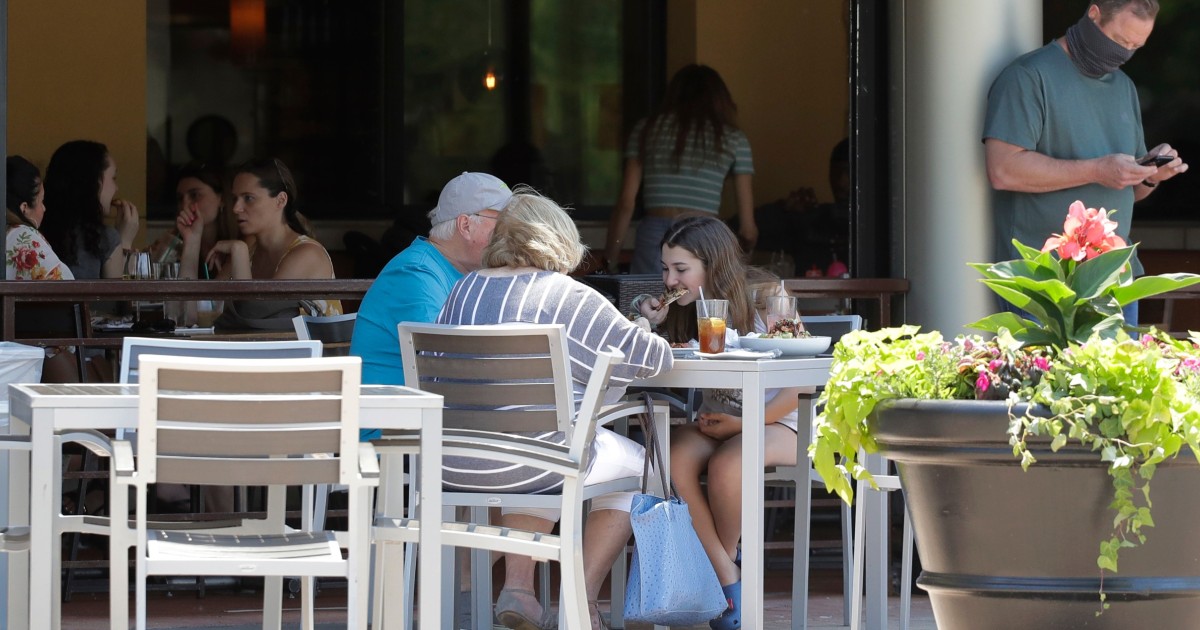 Starting Wednesday, customers at Illinois’ bars and restaurants will be required to wear a mask while interacting with staff, including when they order, when the food arrives and when picking up carry-out, Gov. JB Pritzker said.

The statewide mandate comes as Pritzker announced new mitigations to slow the spread of COVID-19 that are specific to Will and Kankakee counties. Those new measures include ending indoor dining and drinking at restaurants and bars, shutting down party buses and casinos must close at 11 p.m. The state will also limit gatherings to no more than 25 people, or 25% of room capacity.

Will and Kankakee counties have seen increasing coronavirus caseloads for the past week, with more than 8% of those tested for COVID-19 seeing positive results. Those metrics meet the state’s standards for establishing new mitigations to slow the spread of the virus before the growth becomes exponential.

“This is a red alert for everyone who works and lives here, and it demands a renewed effort to slow the spread of COVID-19,” Pritzker said, noting the positivity levels in these two counties exceeded the levels of California.

Pritzker and Dr. Ngozi Ezike, the state’s public health director, also reemphasized the importance of wearing a mask while in public. Pritzker in particular noted that he’s heard of many bars not abiding by the state’s reduced capacity limits.

“This stuff can linger in the air, and the more people you have in a room, particularly if they’re eating and drinking where you’re adding to this amount of saliva that’s in their mouth, you’re adding to the viral load in an area so that’s why we’re putting these other mitigations in place,” Pritzker said.

“That has not worked,” Pritzker admitted Tuesday, saying he deferred to local officials in granting the downstate counties more time before shutting down indoor dining and bar service. “They’re on a trajectory, unfortunately, now to — in a week, essentially — to be right where Will and Kankakee are.”

Statewide, Ezike noted that more than 1,500 people are currently hospitalized with COVID-19, with 345 patients in intensive care.

The state’s public health department reported another 1,680 new cases of COVID-19 in the past 24 hours.

Pritzker has come up against some opposition to his statewide mask mandate that has been in effect since May 1. When asked what he attributes to resistance to comply with the mandate, Pritzker couched his comments by saying he was no expert in human behavior, but that perhaps it has something to do with Illinois residents thinking the pandemic is mostly a problem facing Chicago, not suburban or rural parts of the state.

“Wear a mask,” Pritzker pleaded. “This is not that difficult a thing to do. This is for a period of time. It will end. There are vaccines and treatments that are in development. I think we all have some optimism that by next year, we will have those available to us and perhaps we can do away with masks altogether.”

“But in the meantime, masks, social distance, wash your hands. These are just basic, easy things that everybody ought to be doing,” he said.