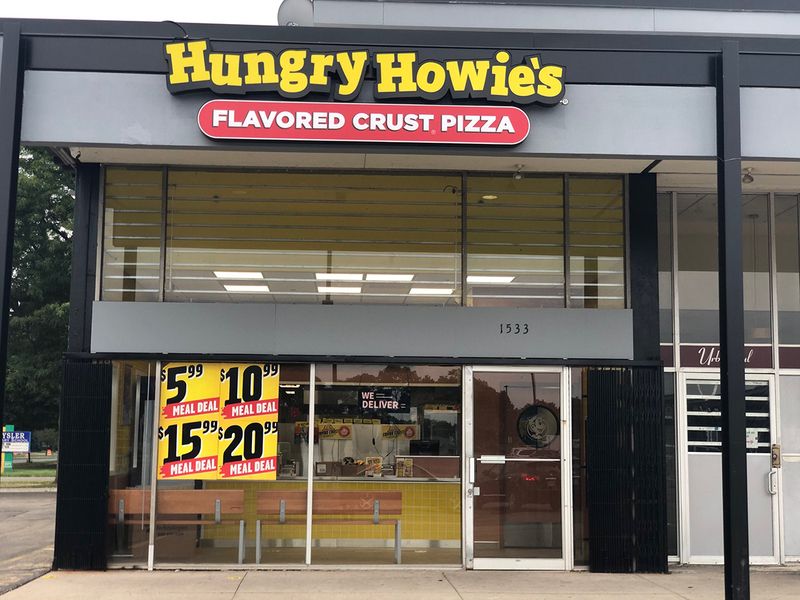 The COVID-19 pandemic has not burned the local pizza industry.

Hungry Howie’s Pizza is scheduled to open a new store in Detroit on Wednesday — the first of five new locations in the city — as the Madison Heights-based chain joins its local pizza competitors in a hiring spree to meet demand.

The new 1,600-square-foot store at 1533 E. Lafayette St., just east of downtown, is franchised by Martin Manna, president of the Chaldean American Chamber of Commerce. It will be the first traditional Hungry Howie’s location in Detroit since 2018 and is Manna’s first investment in food service.

Pizza has long proved to be resistant to recessions, providing a tasty and affordable option for families watching their finances. Even in a market saturated by pizza giants including Detroit-based Little Caesars and Ann Arbor-based Domino’s Pizza, Manna said he considers it a good bet.

“I just want to diversify some of my personal holdings, and I want to get into the food service industry,” Manna said. “I love the Hungry Howie’s brand. My children love the pizza.”

Manna, 48, said he plans to open one additional location per year in the city after signing a franchise agreement with the pizza company last year. He also bought the location at Detroit Receiving Hospital.

Running the chamber takes most of Manna’s time, but in addition to developing a pizza franchise business, he said he also has some investments in commercial and residential real estate in Detroit, Chesterfield Township and Grand Blanc.

Manna said he will select minority partners to operate each Hungry Howie’s location. The manager of the new Detroit location is Brian Kasgorgis, who has 25 years of experience in the restaurant industry and was an actor in the Comedy Central sitcom “Detroiters.” Kasgorgis has a 15 percent ownership stake in the location.

The company said its second-quarter sales are up 18 percent from last year, driven mainly by delivery sales. It is hiring for 10,000 positions around the country.

Hungry Howie’s announced in January it planned to roll out another 35 locations in Michigan, including the five in Detroit under Manna.

“His dedication to the community is unmatched and we’re honored to have him in the family,” Jennifer Jackson, vice president of development for Hungry Howie’s, said in a news release.

Manna did not disclose how much he is investing in the franchises.

Jackson previously told Crain’s that the average total investment for a Hungry Howie’s franchise is $325,000, which includes build-out, equipment, marketing, grand opening and the $25,000 franchise fee. Ongoing royalty fees are 5.5 percent of gross sales. Franchise applicants must have $100,000 in liquid cash, a $300,0000 net worth and a credit score of 700 or better.

The new location in Detroit will be open 11 a.m. to 10 p.m. Sunday-Thursday and 11 a.m.-midnight Friday-Saturday for carryout, pickup and delivery. A grand opening celebration is scheduled for Wednesday. The store is donating 10 percent of Wednesday sales to The Umbrella Movement, tied to the 2014 protests in Hong Kong, and 10 percent of sales on Sept. 8 to Superbad Inc.